SNS-Greek & Latin, for Macintosh and Windows, allows to consult the Thesaurus Linguae Graecae, the PHI #5.3 (classical Latin texts) and the PHI #7 (Greek documentary papyri and inscriptions).

These exercises are intended specially for students who are going to undertake the Greek and Latin admission test to the Scuola Normale Superiore.

GEI is an online in progress edition of Greek inscriptions of economic subject, covering a period from the VI century BCE to the II CE.

The Lessico greco delle navi e della navigazione, is a tool that gathers and analyzes all the entries relevant to the navigation in the Greek world.

This project gathers and analyzes all the entries related to economic and finantial activities and to the circulation of goods in the ancient Greek world.

This project aims at creating a lexicon of ancient historiography with a full examination of all entries. 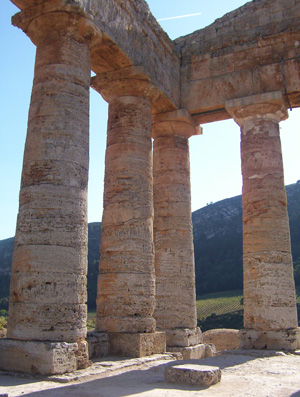 The Computer Sciences for Ancient Languages division of the Laboratory of Sciences of Antiquity develops and distributes electronic tools for classicists. The Laboratory is directed by Andrea Giardina, Professor of Roman History at the Scuola Normale Superiore and was founded in 2011 from the union of the Laboratory of Computer Sciences for Ancient Languages (LILA) and the Laboratory of History, Archeology and Topography of Ancient World (LSATMA). LILA was founded in 1990 and was directed by Giuseppe Nenci until October 1999; from November 1999 till December 2000 it was directed by Ugo Fantasia; from January 2001 till September 2015 it was directed by Carmine Ampolo and it has been since then directed by Andrea Giardina. At the beginning its main purpose was the development of the software SNS Greek & Latin that allows the use of the databanks by Thesaurus Linguae Graecae and Packard Humanities Institute. During its long research activity the LILA gradually expanded its experience to include all the most innovative electronic technologies used by classicists: the first CD-ROMs, the experience on a parallel machine named Connection Machine, text indexing techniques, software for critical editions, online tools for teaching and for the architecture of portals. The Computer Sciences for Ancient Languages continues this activity, offering technical support to hundreds of users (both single users and groups in training courses) from many different countries in order to better employ these tools. We collect and disseminate information about other data banks regarding antiquity and about computer assisted instruction in the learning of ancient languages. We also regularly organize seminars on various topics related to use of computer science in the classics.